With at least four different night hikes in the Monteverde region, it can be difficult to choose the one to go on. They all start around the same time in the evening, and you’re doing the same thing - looking for wildlife. We went with Bajo del Tigre night hike, which is managed by the Monteverde Conservation League. While it is physically separated, Bajo del Tigre is affiliated with the Children’s Eternal Rainforest [Bosque Eterno de los Niños], which was purchased with the help of school children all over the world and is Costa Rica’s largest private reserve.

The Bajo del Tigre Night Walk was a recommendation from Pura Vida! eh?, a travel company that we’d been working with on getting sweet deals on activities throughout Costa Rica. 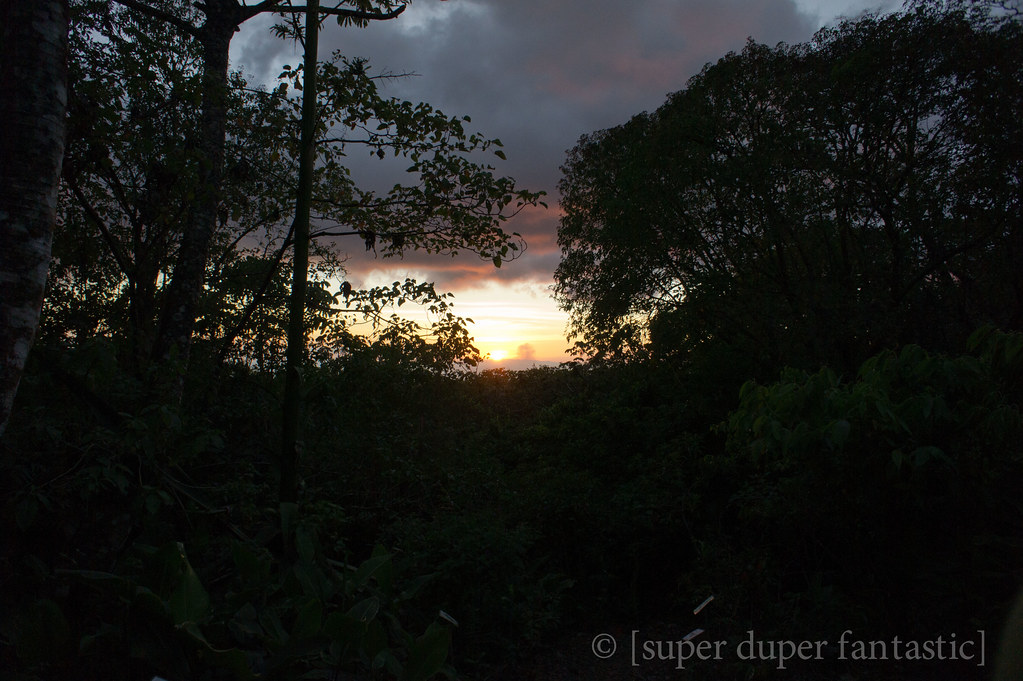 We arrived a little late after our sugar cane/coffee tour earlier in the day, but thankfully our guide waited for us. I think his name was Diego. It’s one of those process of elimination things. I remembered all of our other guides’ names, except his, but I did remember that one of them was named Diego, and I hadn’t matched the name up with anyone else. 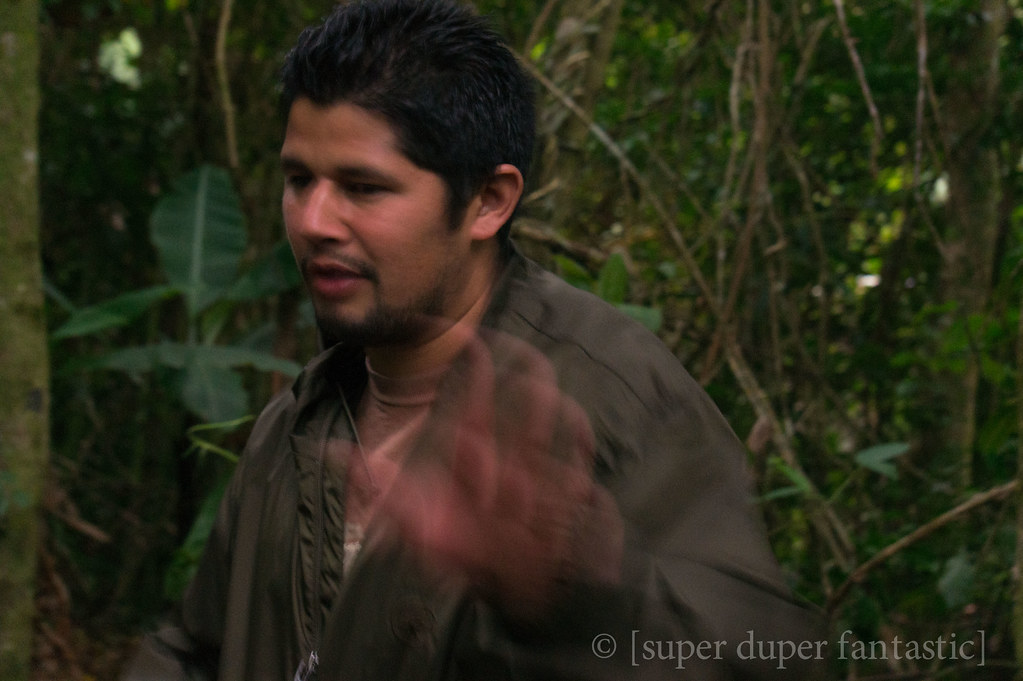 And now onto the wildlife [shown in the order we spotted them]! First things first, a tarantula! Our guide lured it out of its hole. 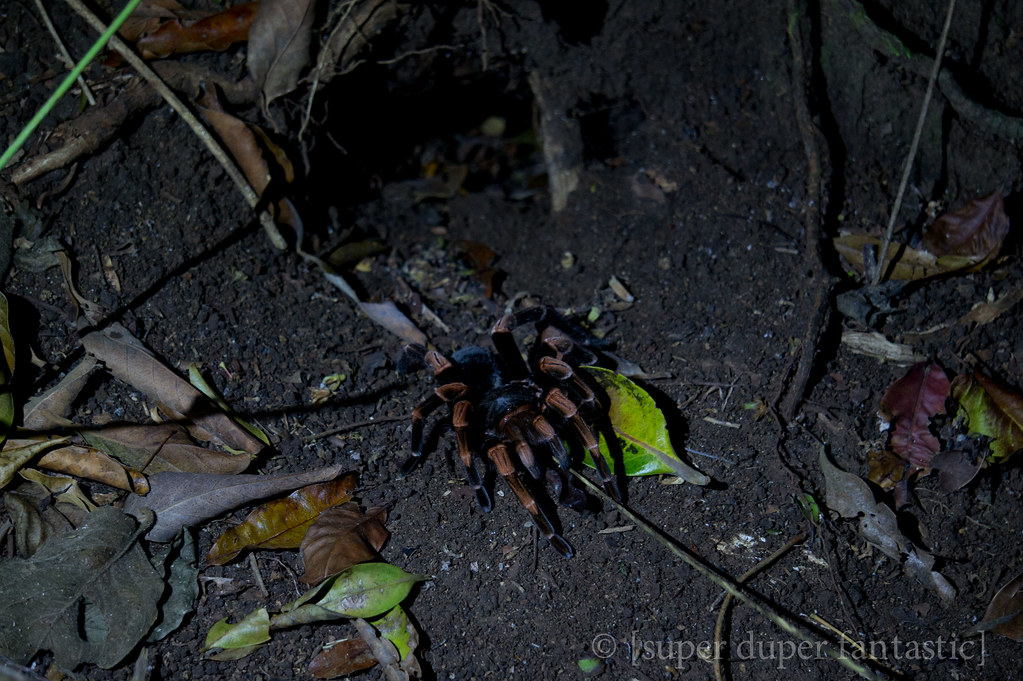 Not sure what kind of bird this is, but we found it asleep in the trees. 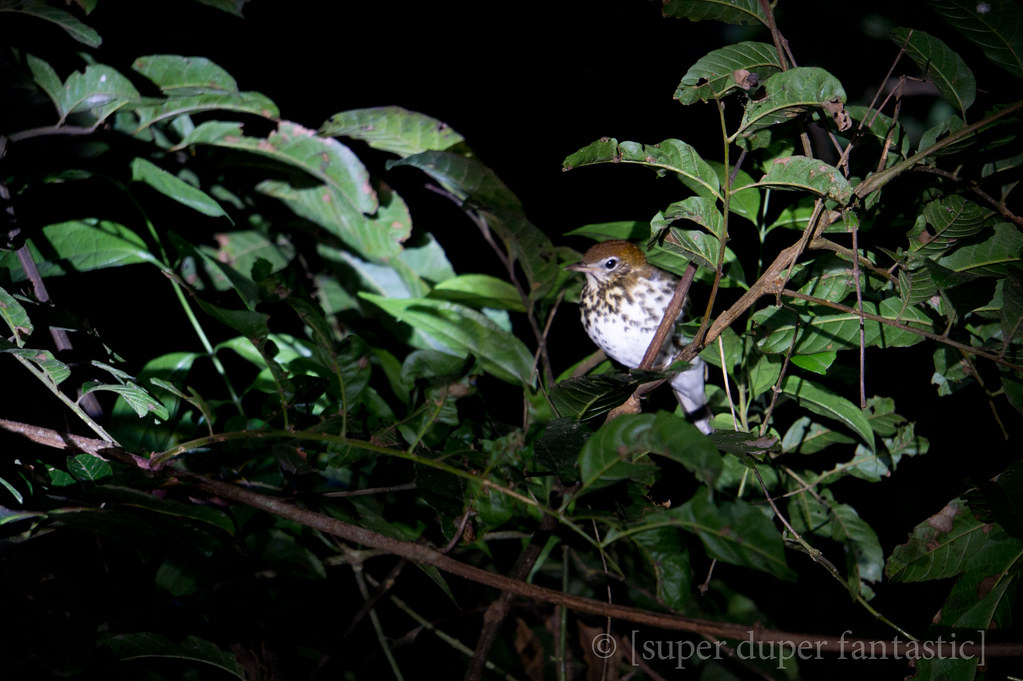 Pit viper. Its venom is poisonous, and they say that the smaller the snake, the more lethal because it’s more concentrated, and they will inject all their venom at once, while a more mature snake would have learned to conserve it and use a little bit at a time. 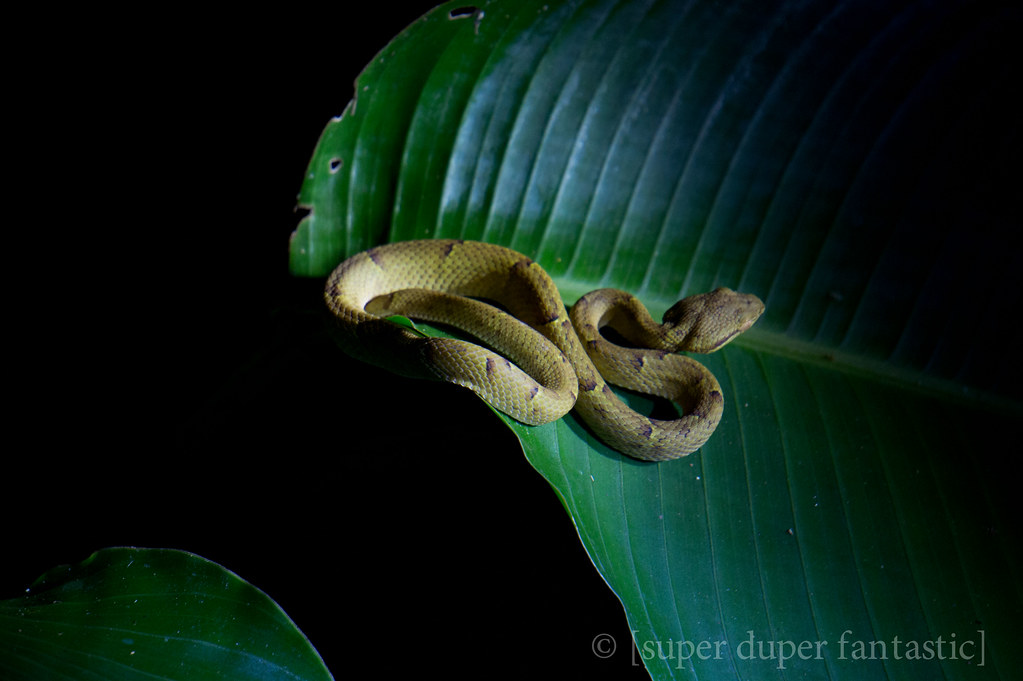 Grasshopper. I was surprised by how intensely green it is. 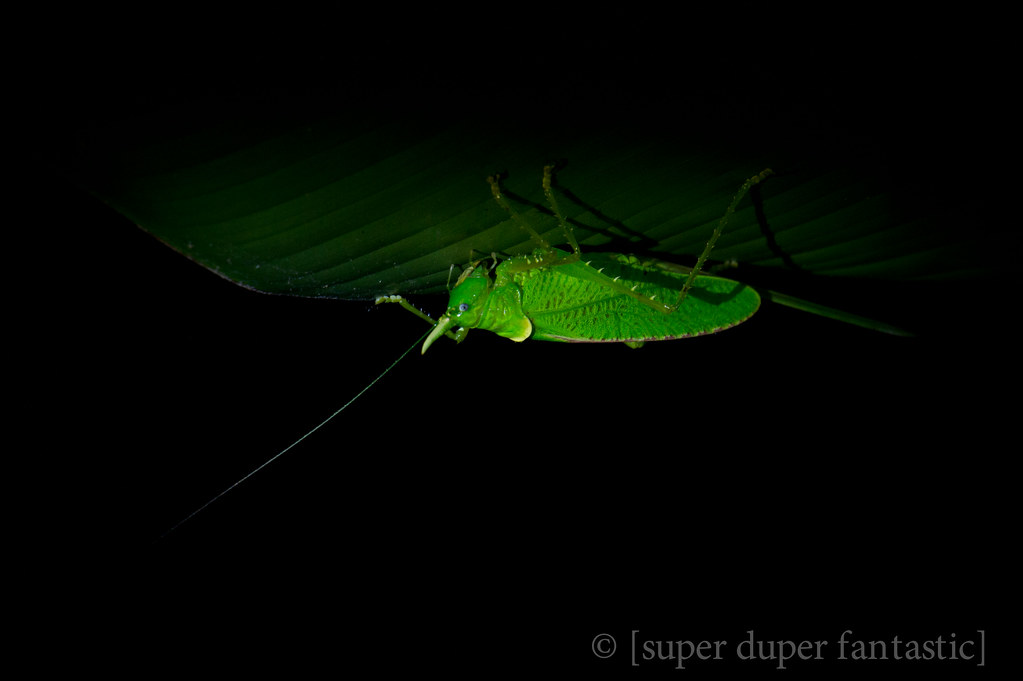 Other creepy crawlies, including a walking stick. 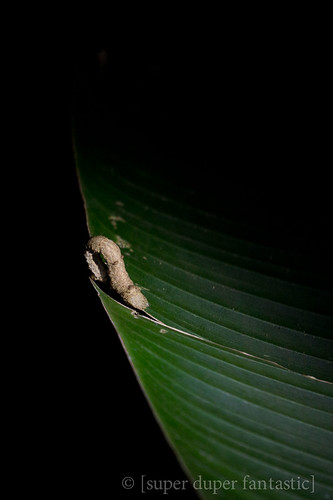 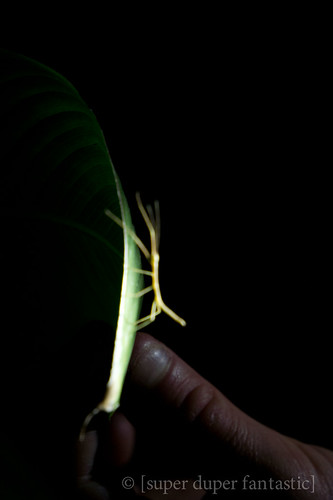 A frog inside of a plant! Since this one was spotted after I pointed at something on the leaf of the same plant, I totally take credit for finding it. 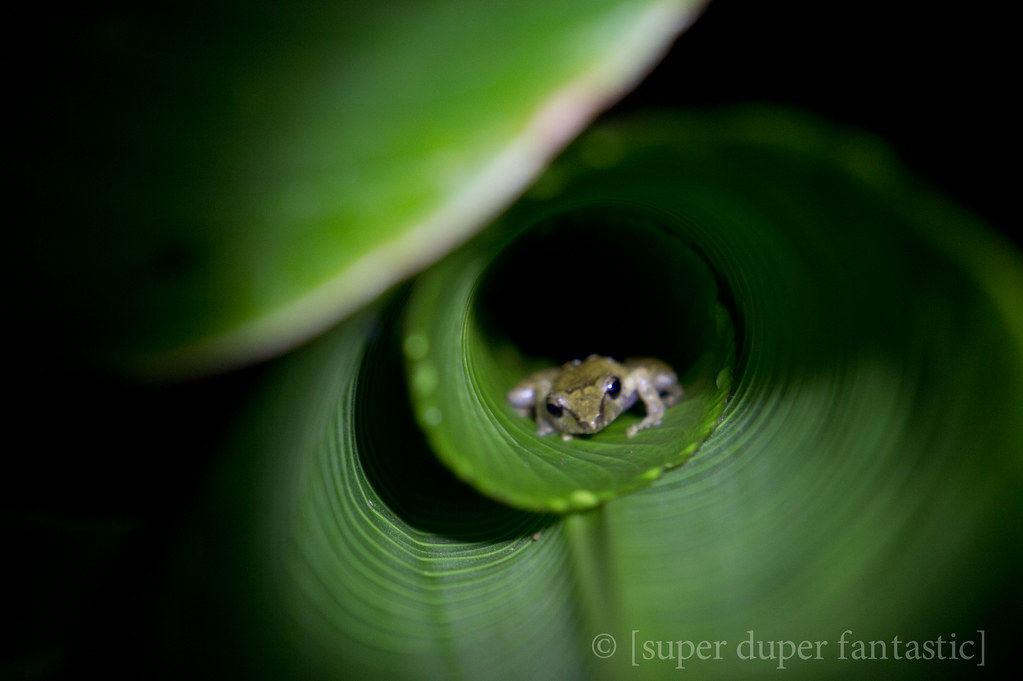 Another sleeping bird that I spotted. It was on a lower branch right on the trail. Very cool, but hard to identify as it was all tucked in. 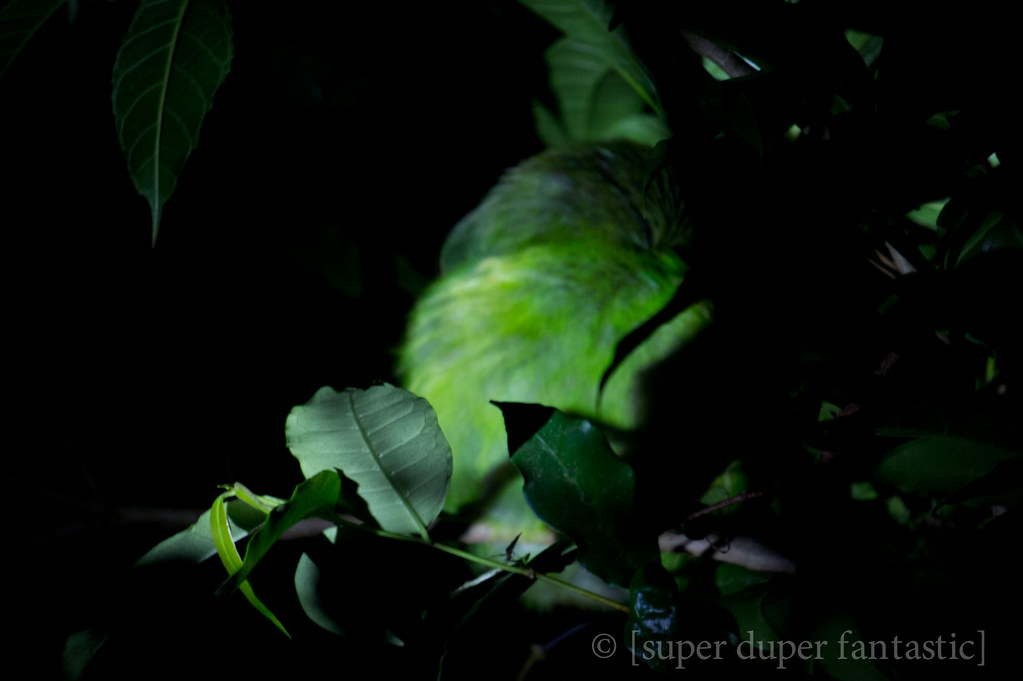 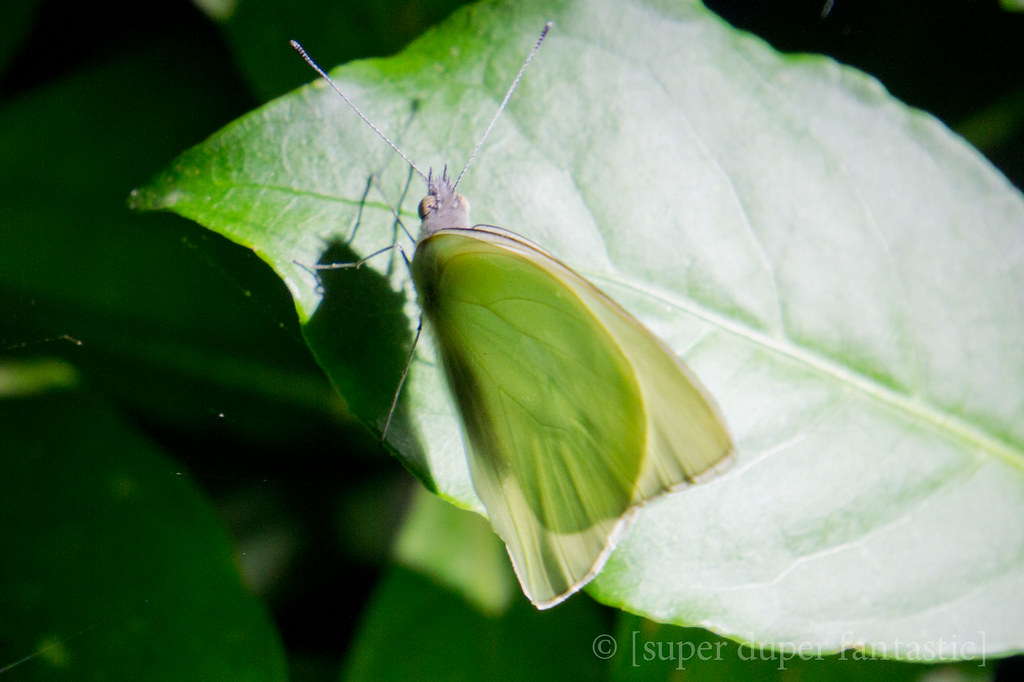 And last but not least, this beautiful blue-crowned motmot. 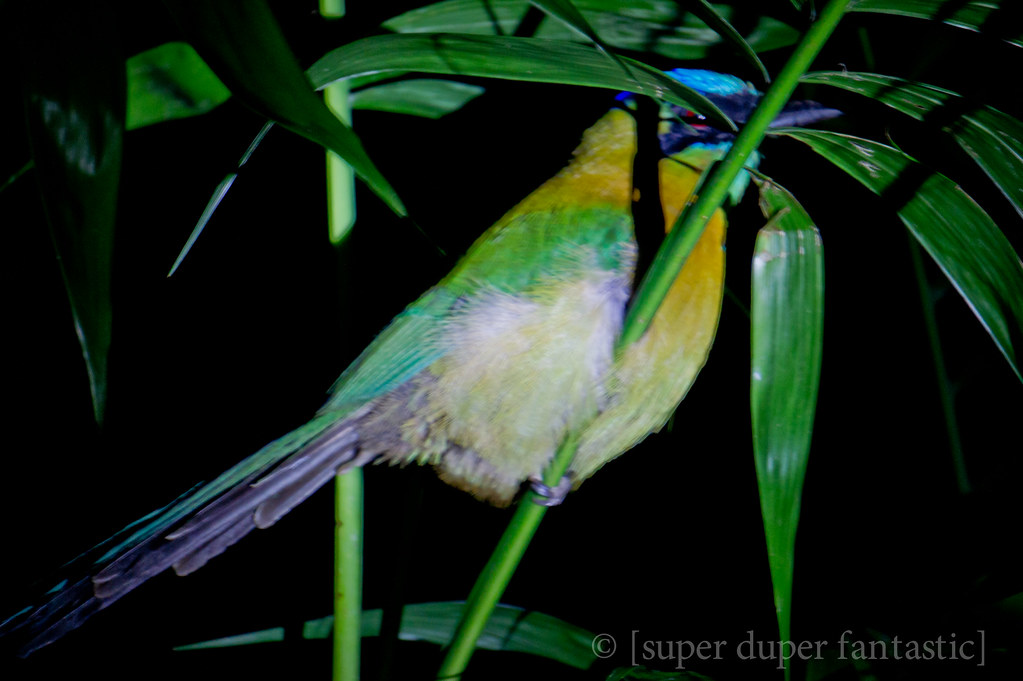 We all had handy dandy flashlights [they’re provided if you didn’t bring your own], which helped us spot the animals. I didn’t bring a flash for the trip, so the flashlights really helped with the photos. You’re not supposed to use flash photography with the reptiles and amphibians because it burns their eyes. More than half of my photos from the night walk were blurry or too dark, but I’m glad some of them came out. The walk was an enjoyable experience, and I’d do it again in hopes of seeing other wildlife at night!

The easiest way I’ve found to make a reservation has been through Pura Vida! eh?. More information about the Monteverde Conservation League is linked above if you want to try to reach them directly.