I’ll never forget the weekend at Klamath Basin Brewing Company. It was the weekend of the Super Moon. We’d spent hours on the road trying to get from our lodging in McCloud to Lava Beds National Monument. It was the end of May, and some of the roads were still covered in snow. After going an hour and a half on one road, the snow became too difficult for us to drive through. We admitted defeat and headed back the way we came and tried a different/longer route. 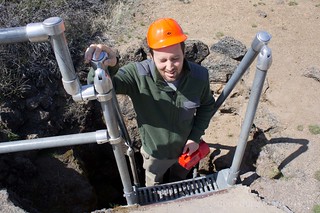 After finally reaching and spending some time in the caves at Lava Beds, we headed up to Klamath Basin Brewing Company for drinks and bites. We’d first tried their beers at the Oregon Cheese Festival. Their Vanilla Porter [brewed with real vanilla beans] was quite a hit at the festival, and they ran out quickly. We weren’t able to bring a case back on that trip. When we found out that Klamath Falls wasn’t terribly far from Lava Beds, we added the brewery to our itinerary.

Klamath Basin Brewing Company is located inside The Creamery Brewpub and Grill, a remodeled 1935 Crater Lake Creamery building in downtown Klamath Falls. They take pride in the uniqueness of their water. “It comes from naturally fed underground rivers that flow from the Cascade Mountains and Crater Lake area and provide city wells with exceptionally pure water. In the brewing process, this crystal clear mountain water is heated by heat exchange units, powered by their geothermal district heating system.”

When we reached our destination, I, of course, had to try every beer that was available that evening! 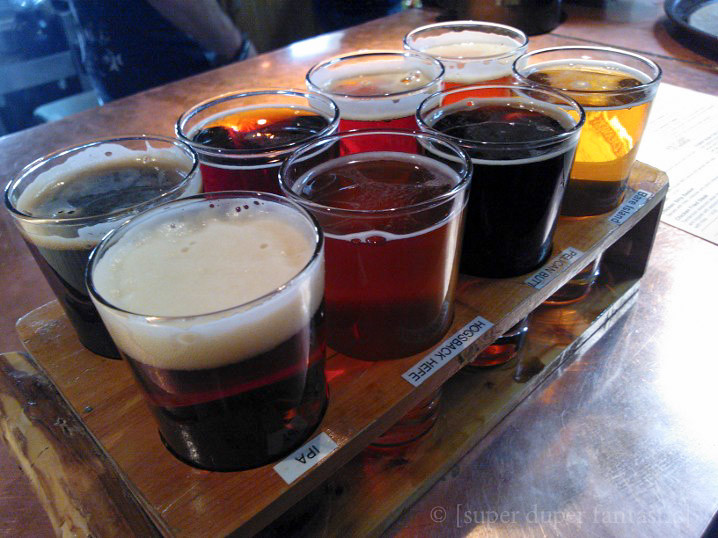 After bites and beer, we played several games of Washers [like Cornhole, but with washers] with the brewer and his friend. They actually remembered us from the cheese festival! We stayed a little longer at the brewery than we’d anticipated, but it was a lot of fun. Plus, if we hadn’t, we wouldn’t have met “the most interesting man in the world” as we were about to walk off with a case of the Vanilla Porter!

Lesson - be open to unexpected changes. You never know what will happen or who you will meet!

If we hadn’t taken a detour and ended up at the brewery hours after we originally intended, we might not have stayed long enough to meet “the most interesting man in the world.” What a different story that would have been!