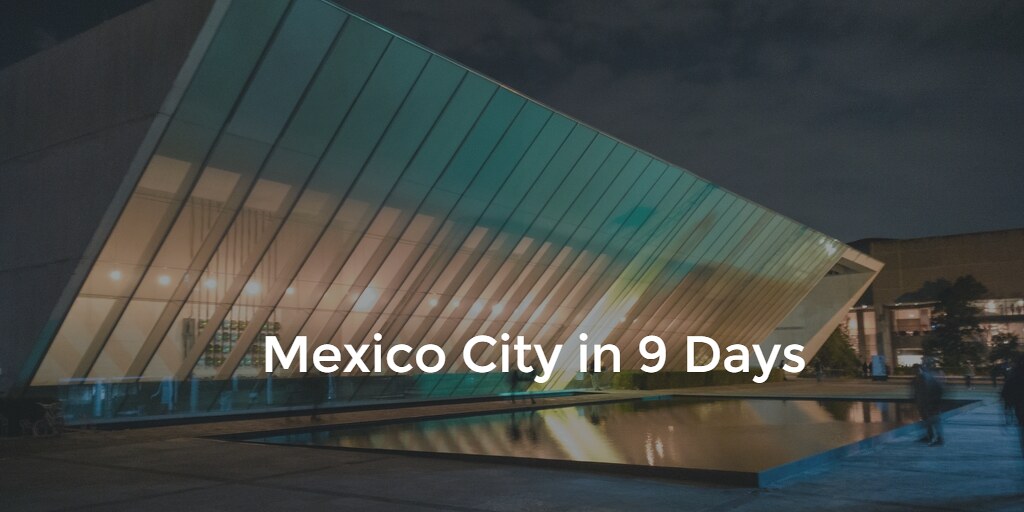 We started our day with green smoothies with our Airbnb hosts. Taking their advice and opting out of possibly encountering Friday traffic, we rode Ecobicis to Ivoire, a restaurant recommended by our host. After breakfast, we made our way over to Bosque de Chapultepec, walked up to and strolled through Castillo de Chapultepec. 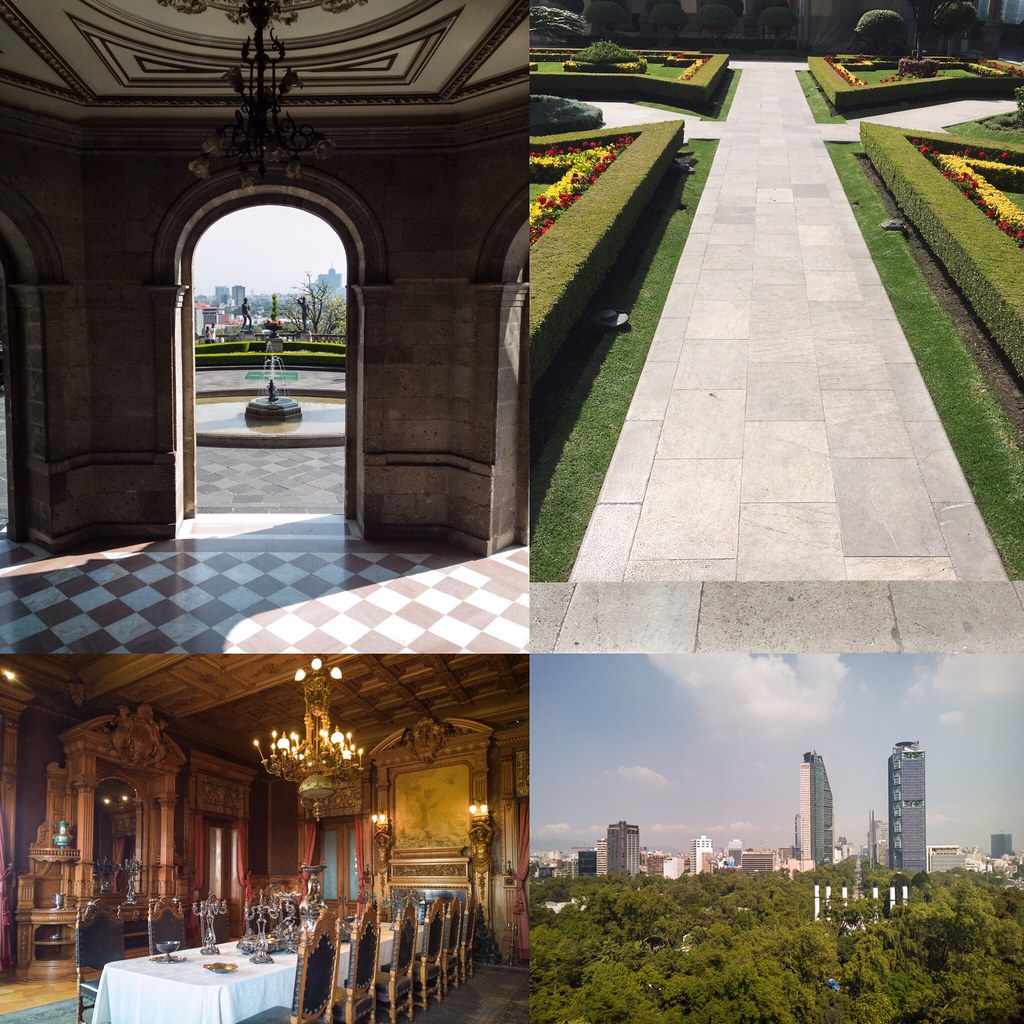 The grounds and city below

In the afternoon, we stopped in over at Museo Tamayo for drinks. Ryan’s request for bebidas (“drinks”) was mistaken by the hostess as one for pepitas (“pumpkin seeds”). Our Spanish is that bad - minor miscommunication there! After drinks at the museum cafe, we rode Ecobicis to La Ciudadela where we wandered around the stalls to check out the crafts. We aren’t big on souvenirs, so we didn’t pick anything up at the market, but that’s the place to go if you are! 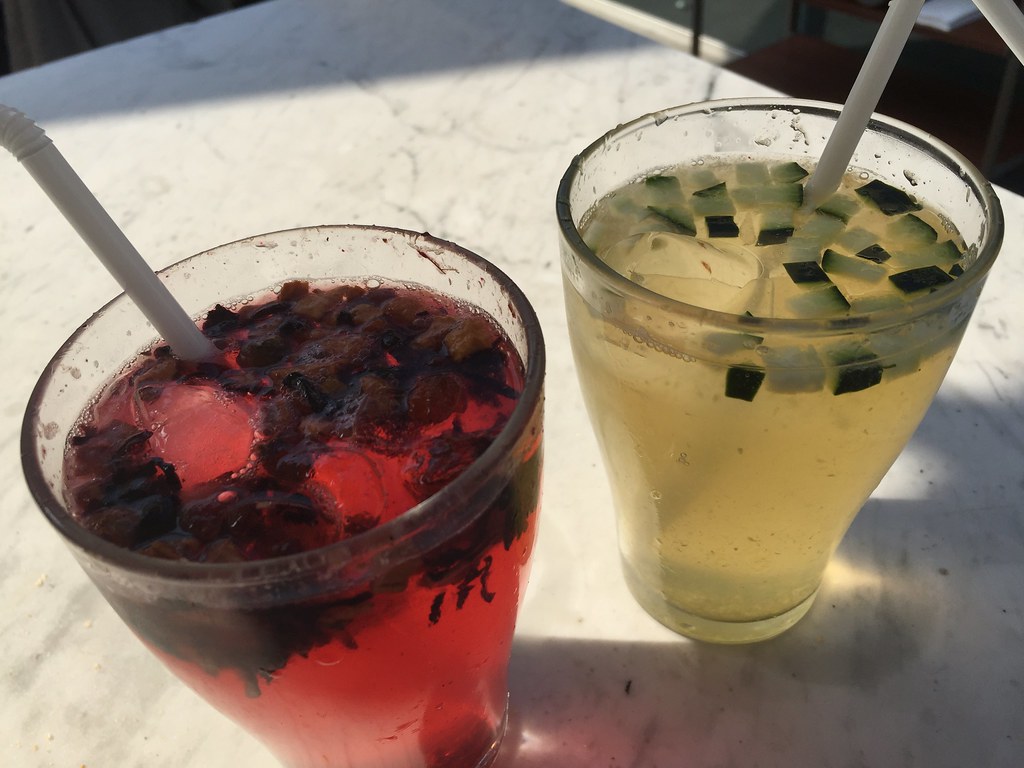 Before heading to dinner at Pujol, one of The World’s 50 Best Restaurants, we went home for a quick refresh. While it’s a prix fixe menu at Pujol, you do have to choose between a few items in several categories. Ryan and I split up our choices, so we could get a taste of as many items as possible. 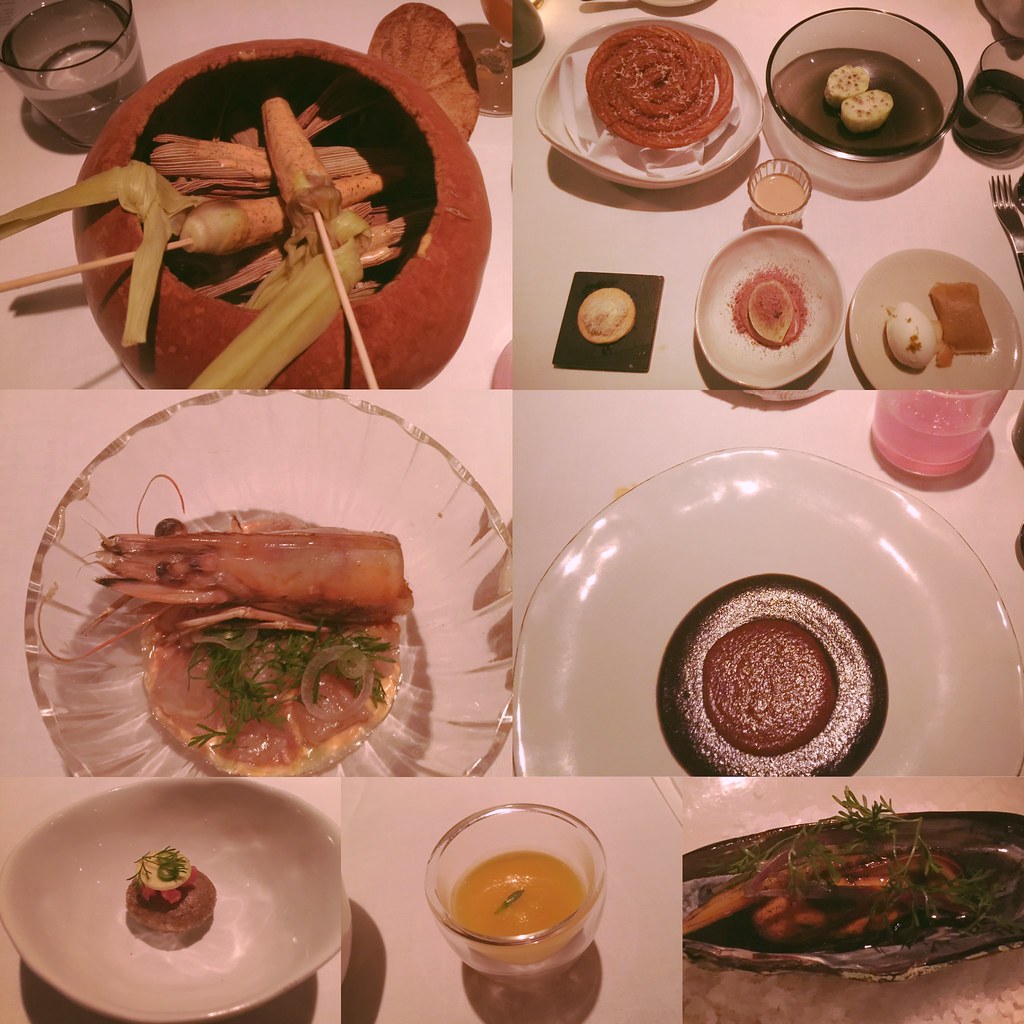 Our fancy meal at Pujol

Since we had said “Yes” to your Airbnb’s host’s invitation to see Lo Fang at Luciferina after dinner, we put our full and happy bellies in an Uber to the venue. The show was more expensive than many things we’d paid for in Mexico City, so that was a bit of a surprise. The show was on a rooftop, so we spent the evening dodging cigarette smoke. After the show, we grabbed tacos with our Airbnb hosts at El Farolito in Polanco.

We got up bright and early and took an Uber to Museo Dolores Olmedo in Xochimilco. It’s one of the longer Uber rides we took during our stay, but it was still under $12. Like the other museums, we bought a photography pass for each person taking photos. The exhibits of Diego Rivera and Frida Kahlo’s work were the main draw to the museum. An added bonus were the lovely grounds of the estate. 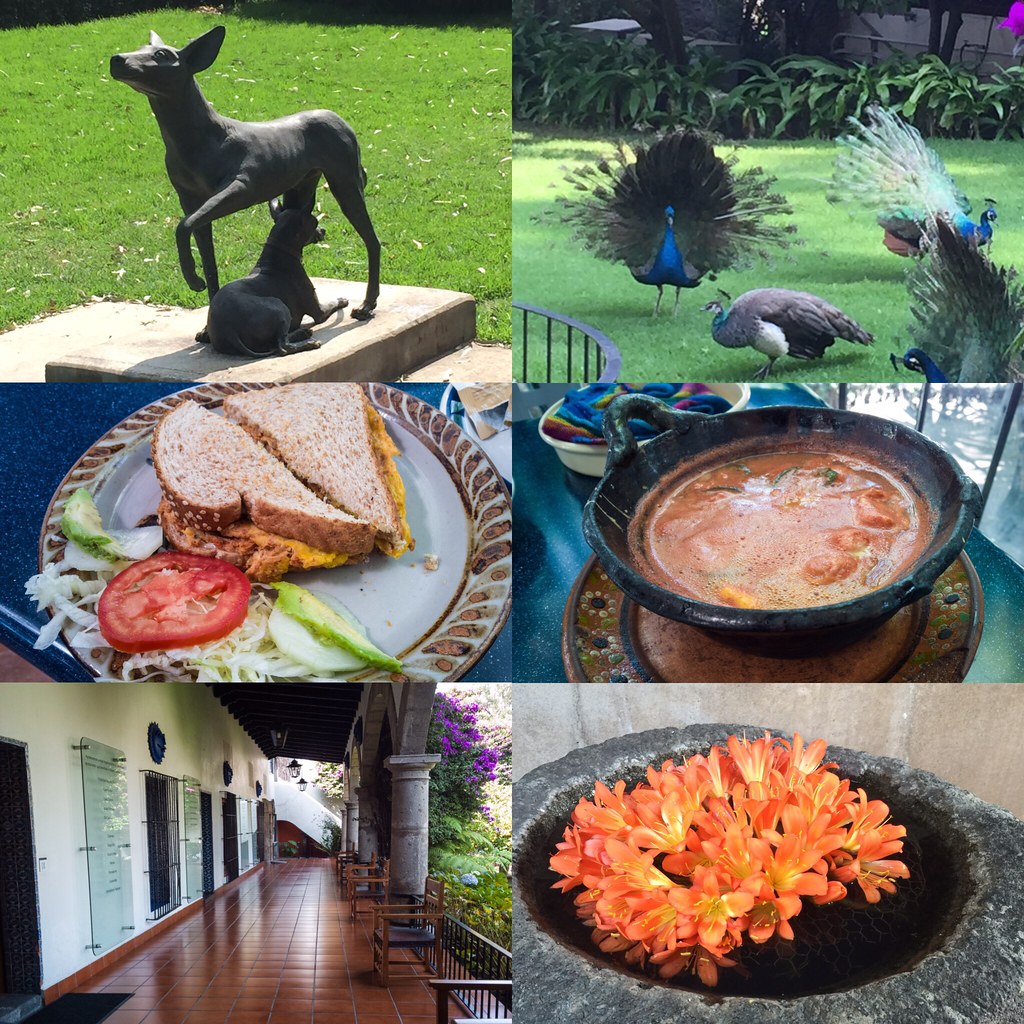 Once we were done at the museum, we took an Uber to check out the canals of Xochimilco. We accidentally got talked onto a boat because of our very broken Spanish, but then we managed to finally get off the boat and walk away. If it weren’t just the two of us and our first time in the area, we probably would have gone for a ride. Once one commits to taking a boat, you’re on it for a few hours. We did find out that there’s some leeway in the price because they offered us one last price for the ride before we walked away. Instead, we walked around and took some photos before heading out of the area. 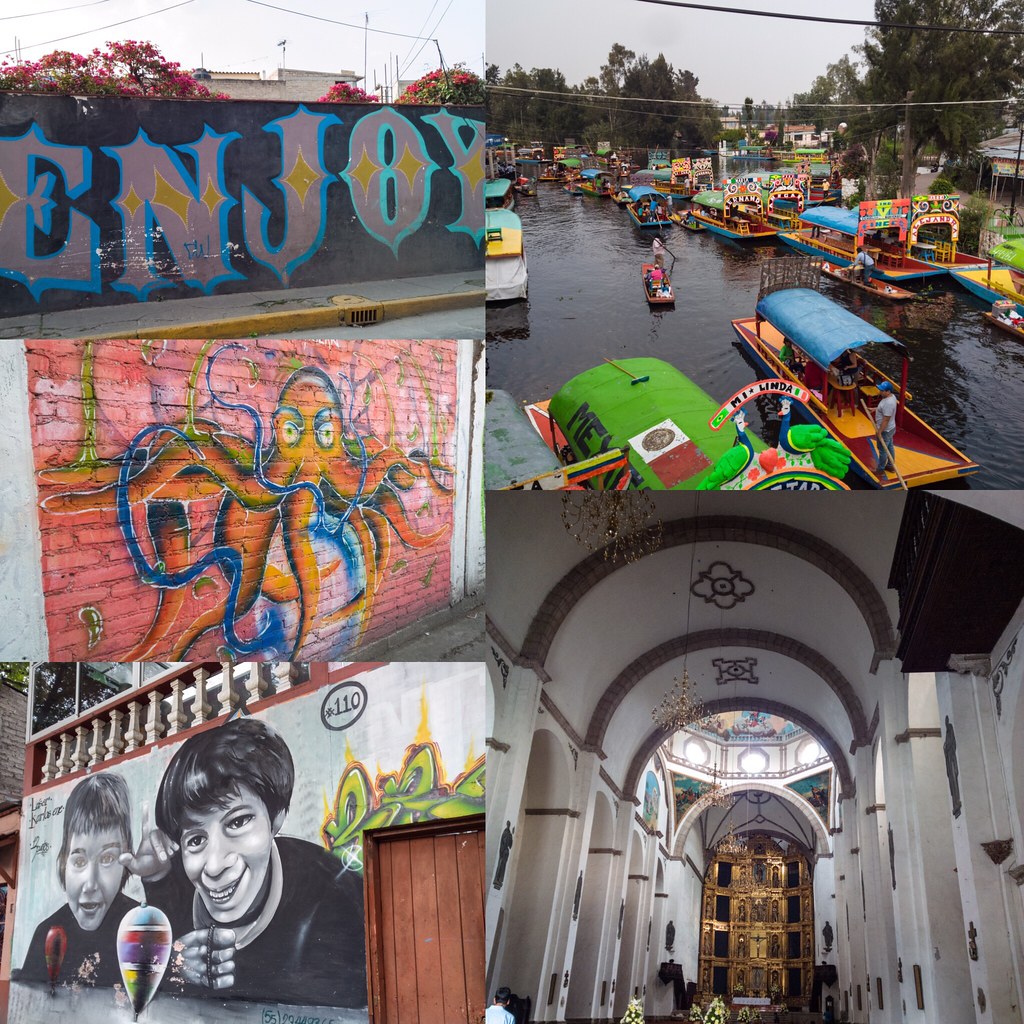 Once we’d spent some time in Xochimilco, we took an Uber to the Universidad Nacional Autónoma de México (“UNAM”) for dinner and to check out the Museo Universitario Arte Contemporaneo (“MUAC”). The interactive exhibits at MUAC were another part of the trip that was unexpected, but fondly remembered. 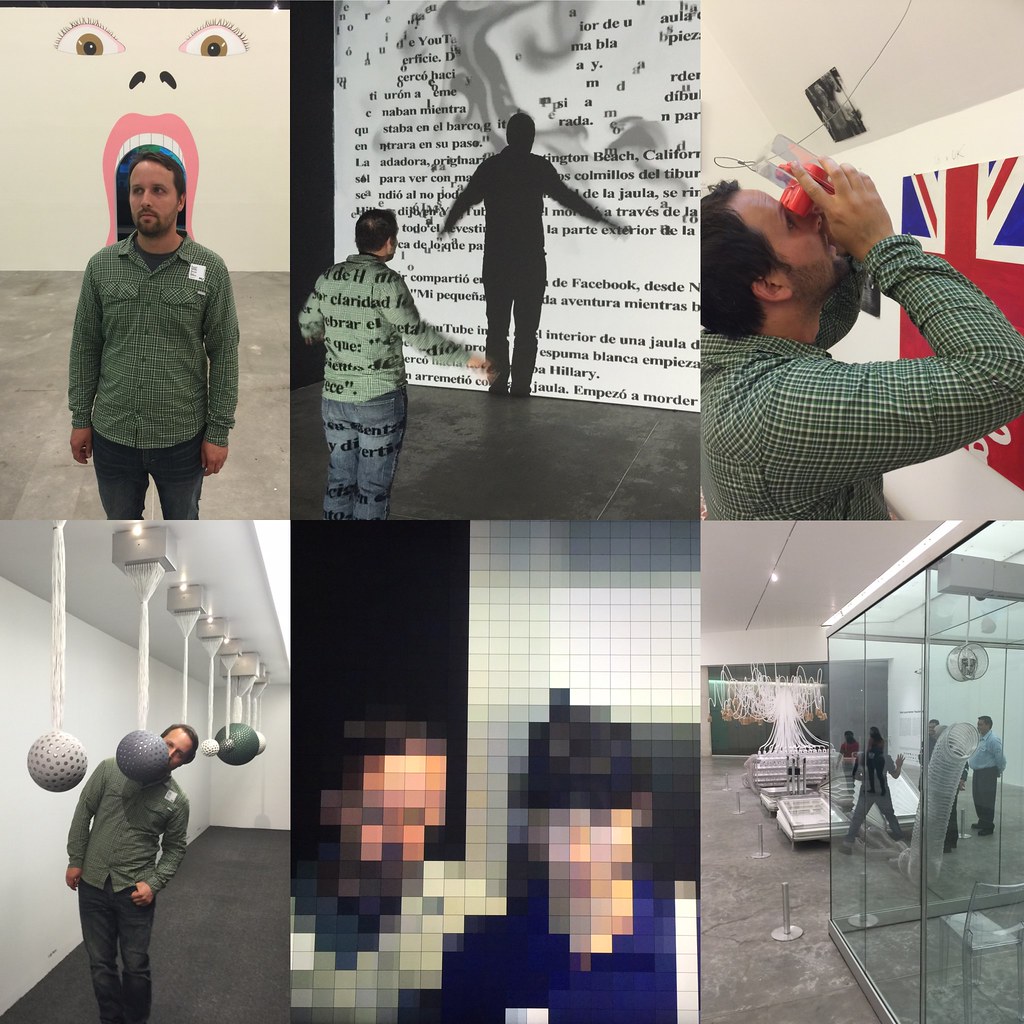