Time to take a break from Mexico City recaps for a few days of Christmas festivities, an end-of-year post and a glass of 2013 Cultivar Oak Knoll Cabernet Franc. Ryan and I celebrated Christmas by opening our gifts to each other on Christmas Eve, spending Christmas day at his mom’s house, and finishing off the weekend at his dad’s house. 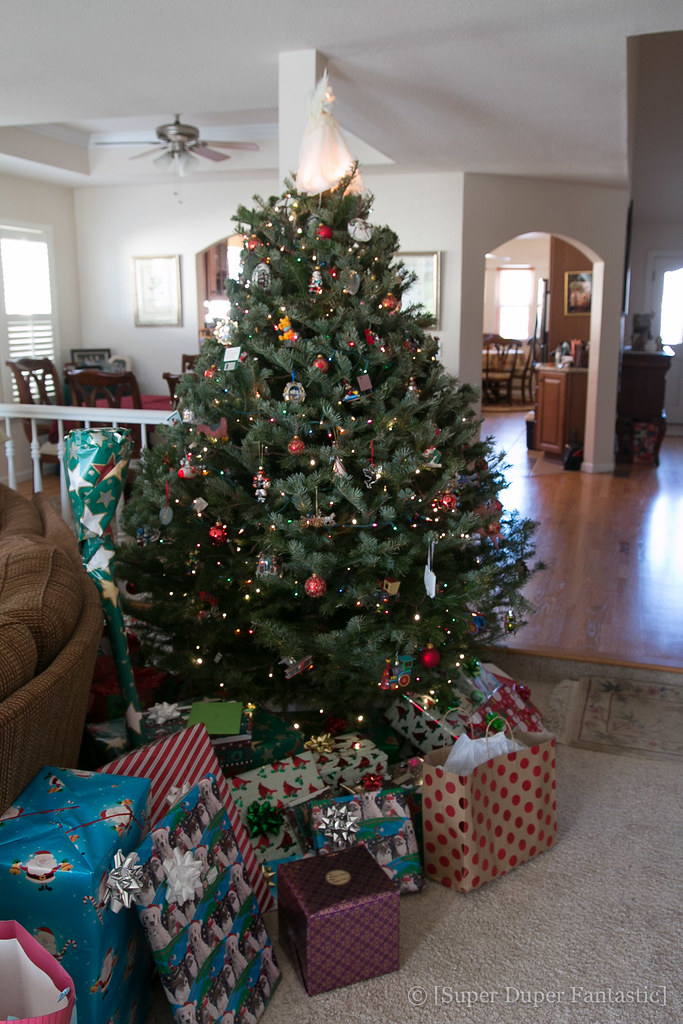 We left our own place a mess, so we spent Monday organizing. Tuesday was the first time in our household where we had a cleaning person come in. We decided that the cost would be worth having the weight of the chore lifted from our shoulders. If they can handle the parts I tend to avoid, like the stove and the shower, then it’ll be worth it. And yes, we were cleaning before the cleaners. 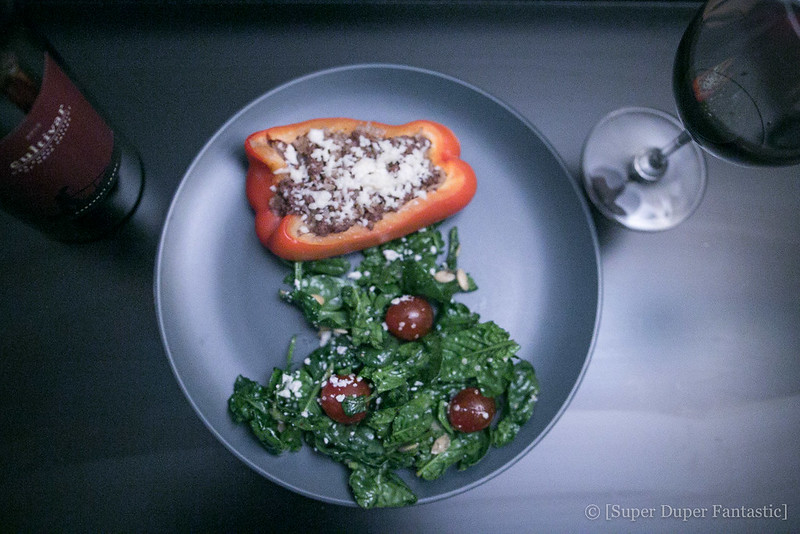 We seasoned the ground beef/rice stuffing with soy sauce and sesame oil and paired the stuffed bell peppers with glasses of 2013 Cultivar Oak Knoll Cabernet Franc. This wine from our Fall 2015 Cultivar shipment did well with the Asian flavors and added a little earthiness to the dish. I think it would have been even better if we had added a splash of the wine to the bell pepper stuffing. 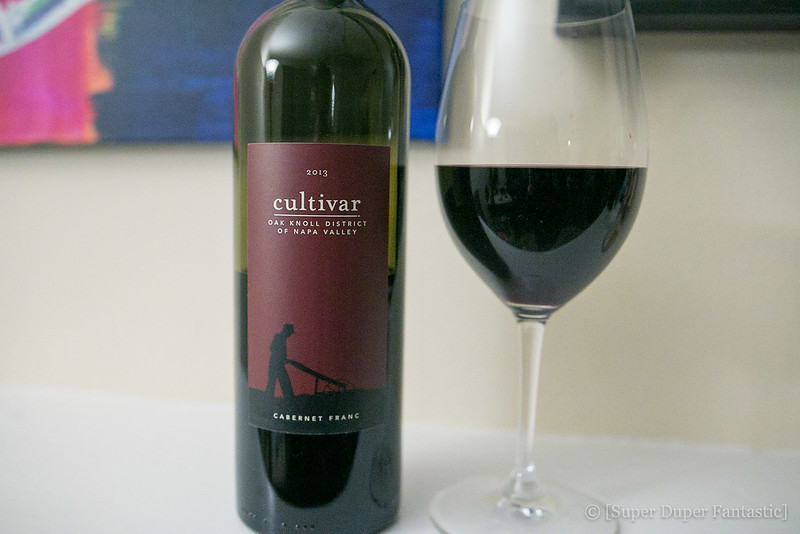 As described in the tasting notes, this Cabernet Franc is from the cooler growing region of Oak Knoll and has both characteristics of the Loire Valley and Bordeaux regions of France. On the nose, there are notes of black cherry, roses, and violets, with hints of tobacco and pepper. The balanced quality of the wine made it fantastic for pairing with the meal and also for enjoying after the meal on the couch in our relatively organized living room.

A fur-free home doesn’t last long in a house with animals, so I enjoyed it while I could. After the cleaners came in on Tuesday, I had a group of girlfriends come over for a reflection session. We worked on reflecting on 2015 and goal-setting for 2016. It’s easier to do when you’re not bogged down by a disorganized home environment. Part of my goals includes maintaining the clean home! Have you set goals for the new year? 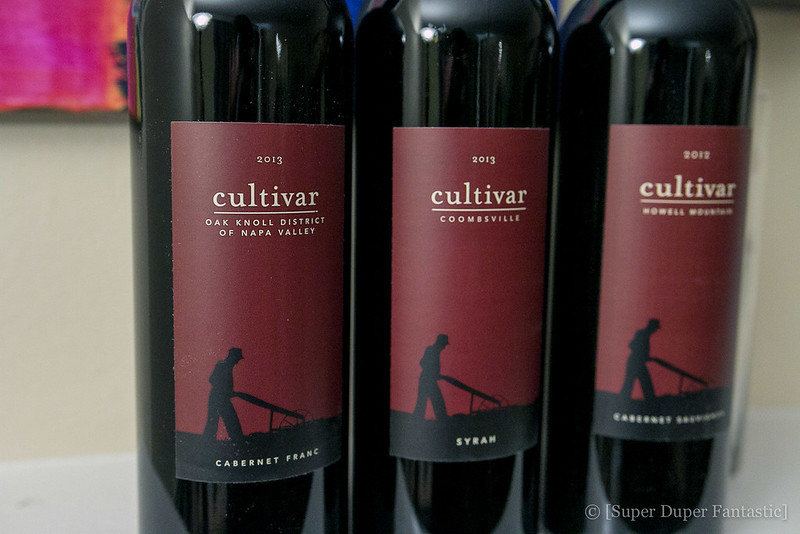 Perhaps one of your goals is to broaden your wine palate? If you are interested in trying Cultivar Wine, they’re hooking up [Super Duper Fantastic] fans. Enjoy Cultivar at 10% off with code SuperDuperCultivar when you order! 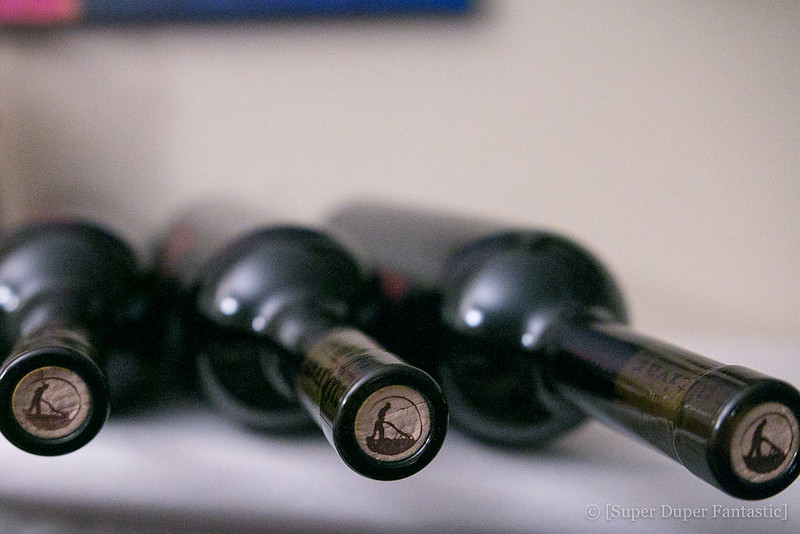 Disclosure: I am required to disclose a sponsored partnership between our site [Super Duper Fantastic] and Cultivar Wine. I have been compensated in exchange for this post in the form of product. I receive wine from Cultivar Wine as a member of the Cultivar Wine Bloggers group. All opinions presented are my own.