Scenes from the Weekend : Fleet Week 2015

October in San Francisco has always been beautiful, and this past weekend was no different. After spending Saturday afternoon volunteering for Meals on Wheels Fallfest and only catching small glimpses of the Blue Angels from Justin Herman Plaza, we decided it would be fun to check out the festivities on Sunday

It’s been quite a few years since Ryan and I have headed to the waterfront for the airshow. Our last documented Fleet Week outing was in 2008. 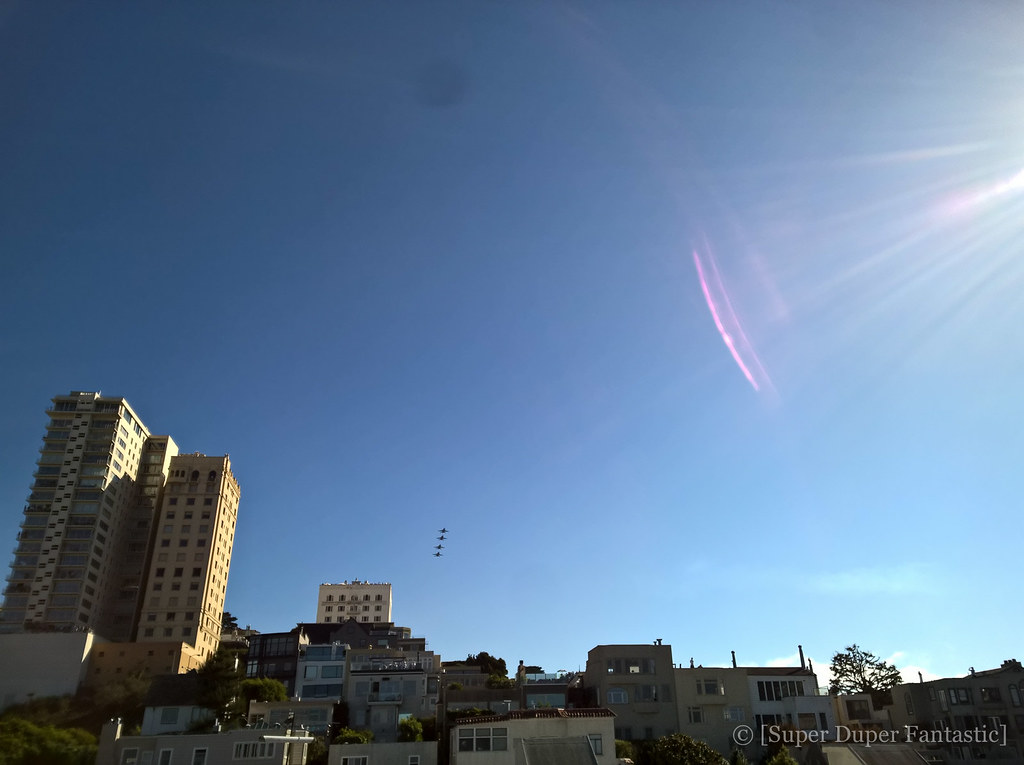 With wine and snacks in hand, we showed up at the Montgomerys’ doorstep. With a rooftop deck, they’ve got a prime viewing spot for anything and everything in that corner of the city. We laid some picnic blankets down, grabbed our wine and beer, and enjoyed the show with some techno blaring from a neighboring rooftop in the background. 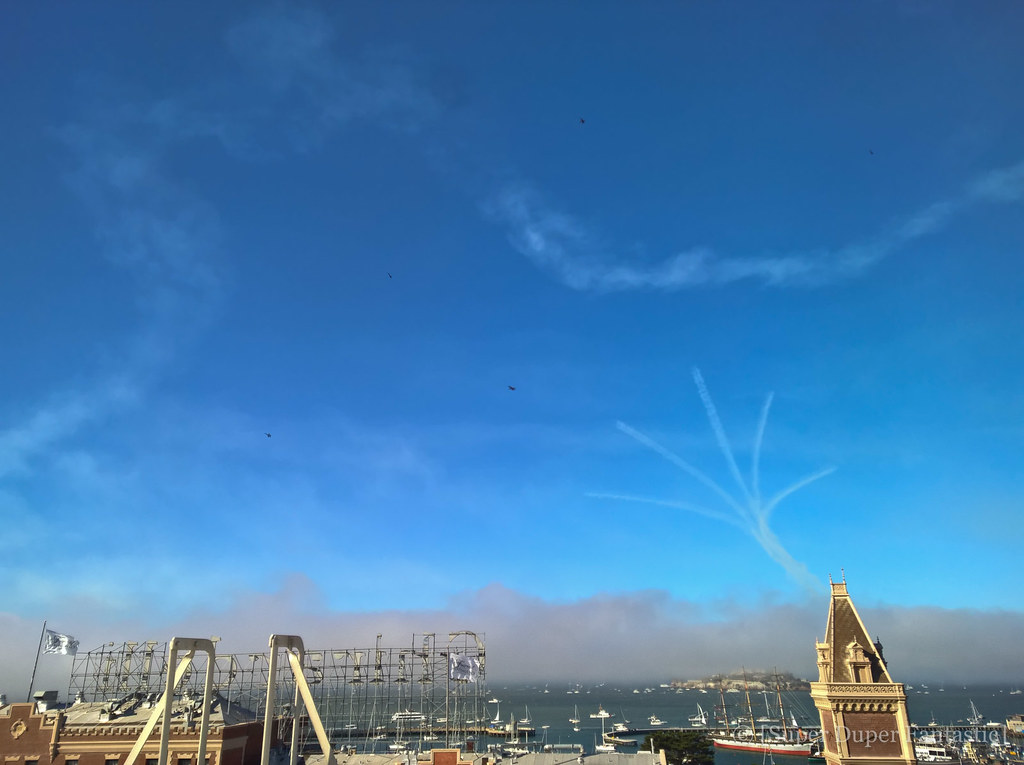 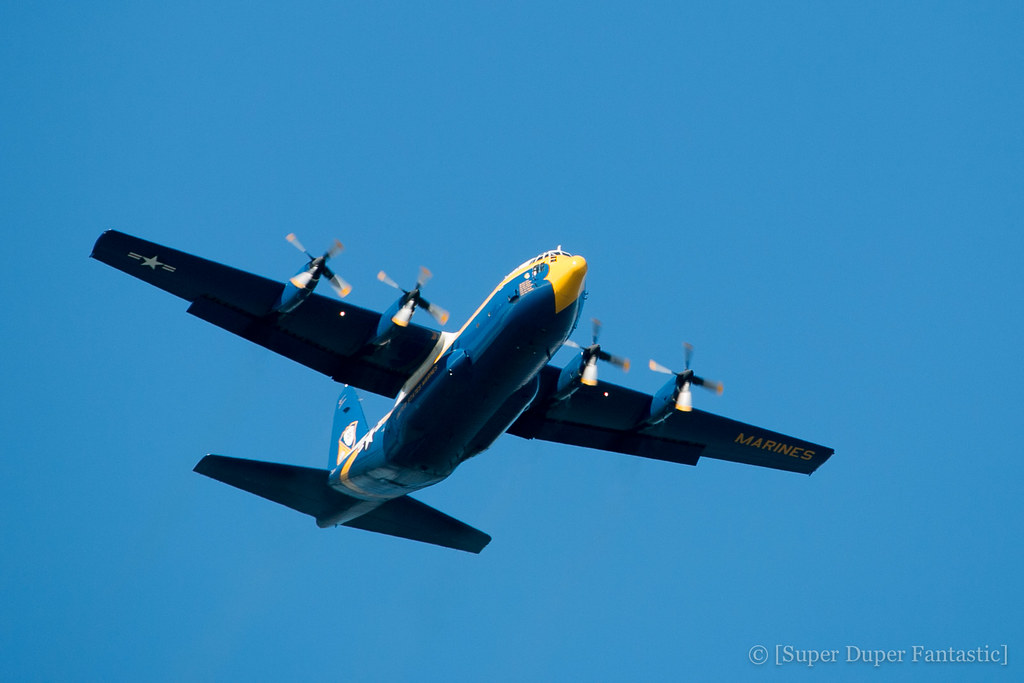 Unfortunately, Karl the Fog was showing his lovely face pretty early on, so the Blue Angels weren’t doing their full show of terrifying stunts. Less crisscrossing and flying straight for each other or for the Golden Gate Bridge and more of flying together. Better to be safe! 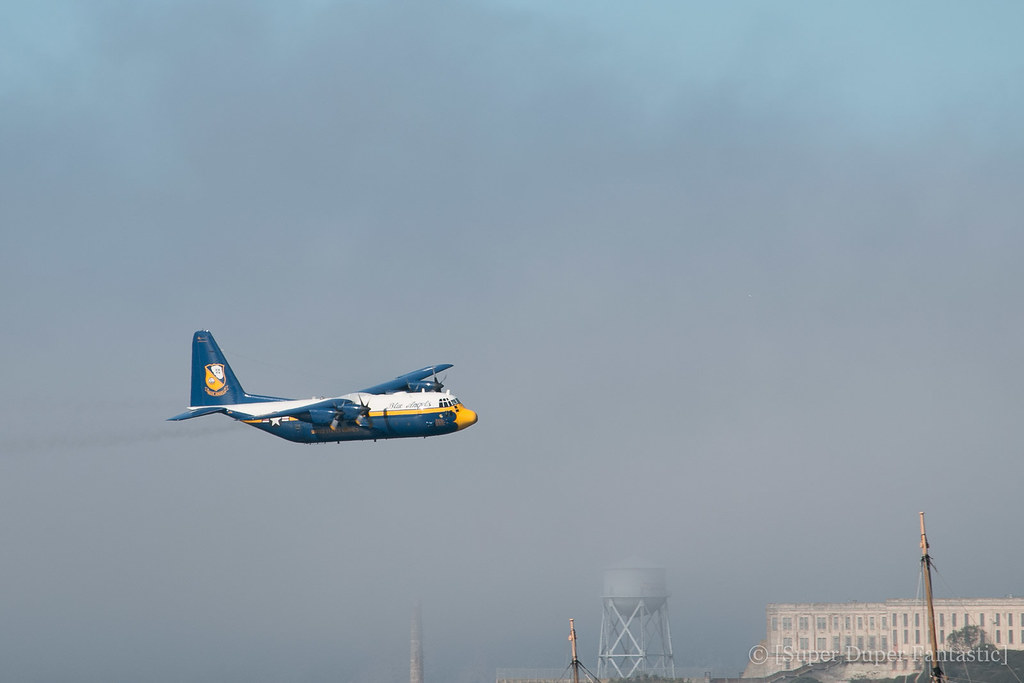 Fat Albert in the Fog 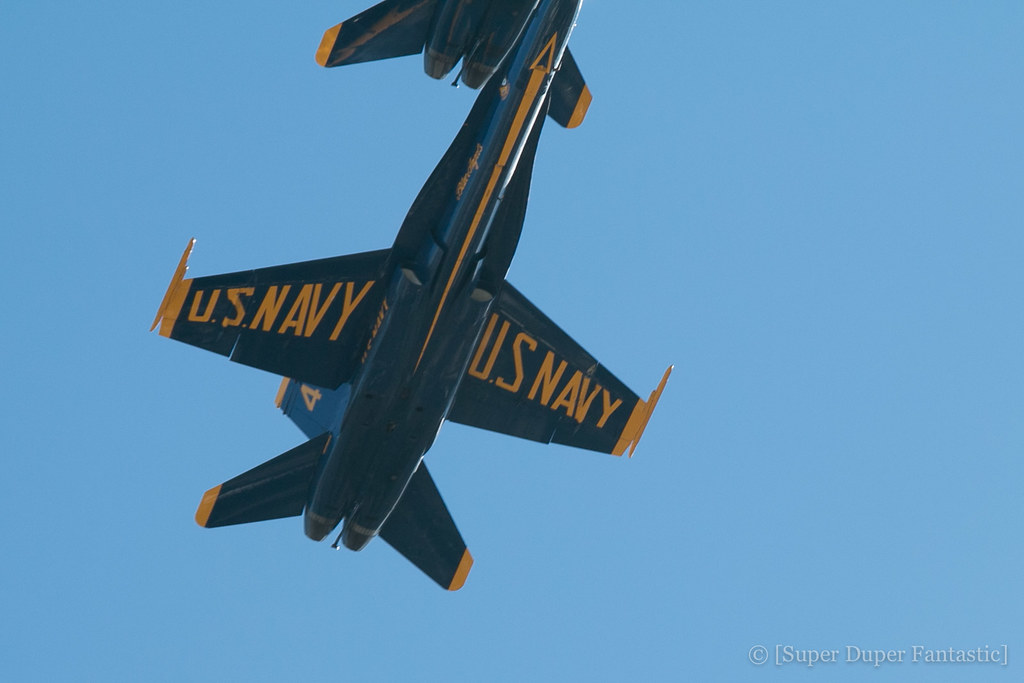 Close-up of a Blue Angel 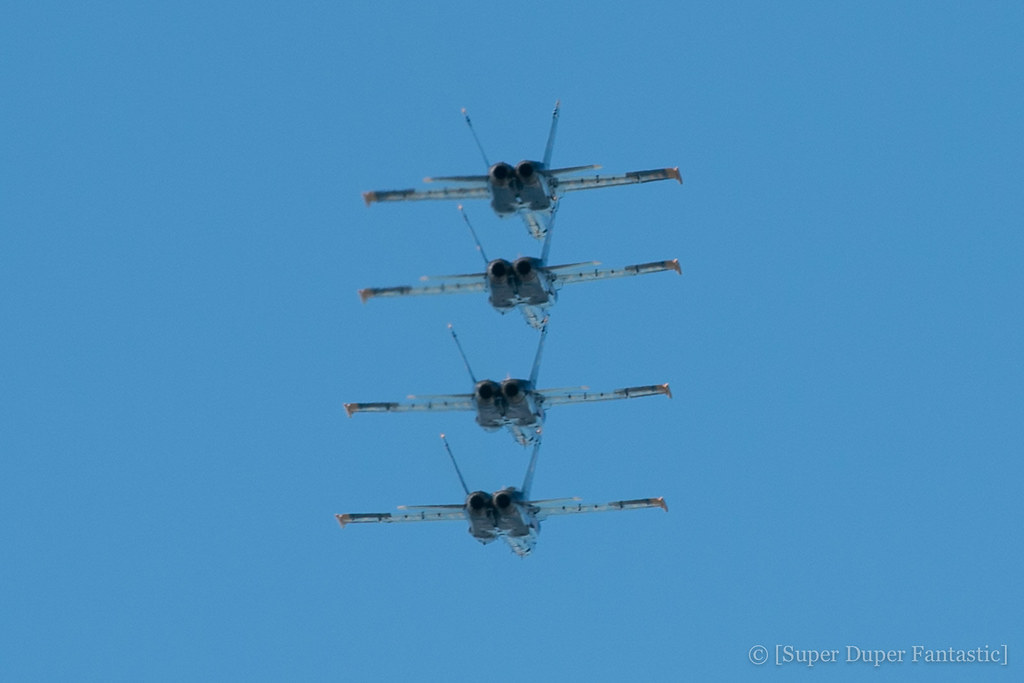 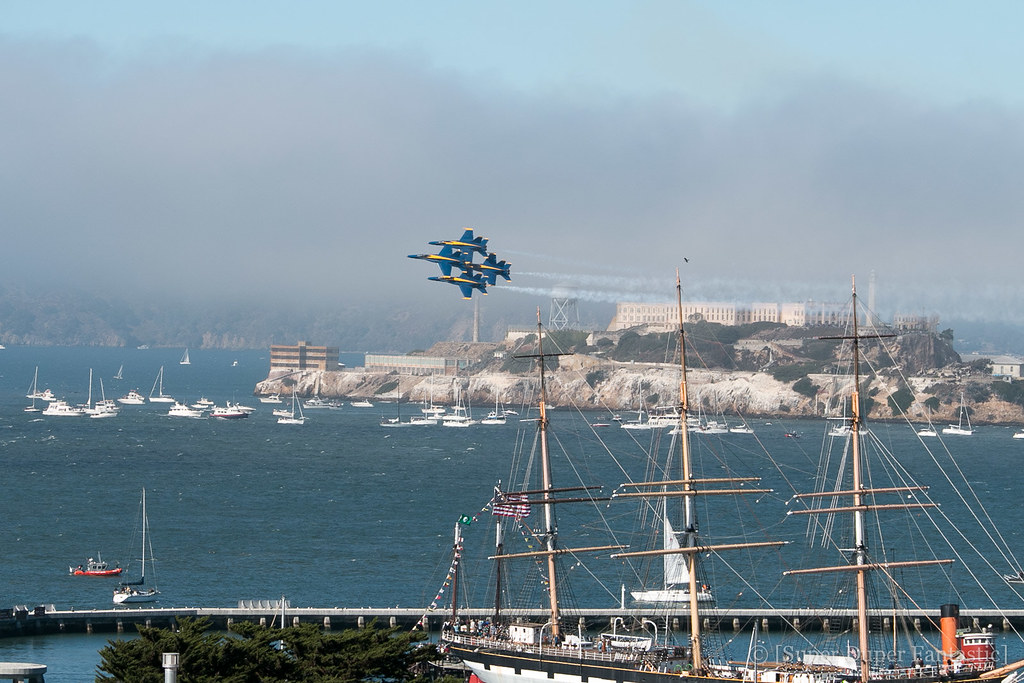 View of the Blue Angels with an Alcatraz Island backdrop

The highlight of our weekend was, of course, the company and being able to enjoy time and perfect weather with them!