Mexico City in 9 Days (Part I)

Mexico City was amazing. So much good food, sights to see, things to do. I don’t usually post itineraries or recaps in detail, but I need to get back in the blogging game. It may also be useful for those of you considering a trip to Mexico City. It’s a pretty quick flight from the states and a relatively inexpensive trip to enjoy.

We arrived at the airport and took an Uber to your Airbnb where we quickly dropped our bags off in our room and were whisked away by our hosts for a quick bite to eat. Delicious Marlin tacos at El Pescadito Condesa DF were our first meal in Mexico City!

Pro tip: Instead of standing in the long line to be seated inside at a table, order at the register for take out and pick up your food next door and enjoy on the bench right outside. 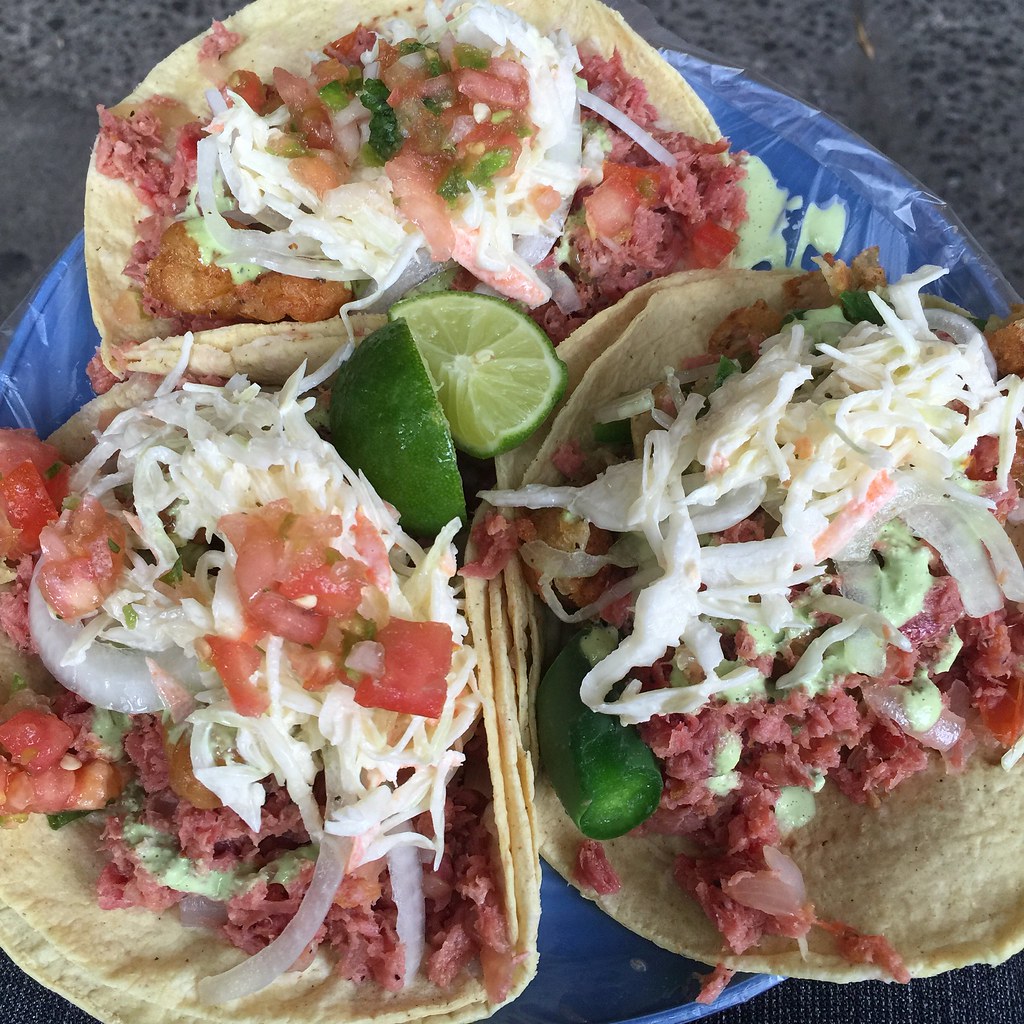 The rest of the afternoon, we tried finding a working ATM and acquiring SIM cards for our phones. Unfortunately, we were met with no success.

In the evening, our hosts helped us with acquiring SIM cards, but we couldn’t quite figure out the ATM card situation. Thankfully our credit card worked because we had zero cash on us, not even a peso when the cute little kids all decked out in their Halloween costumes came trick or treating. They don’t trick or treat for candy (which I also had none of), so all I could do was turn them away when they approached us on the street.

With our working phones, we made reservations for a fancy restaurant that we happened to walk by in Polanco. It was recommended to us by the community manager of Yelp Mexico City. We showed up to Biko in our street clothes, and while we felt awkward for the first five minutes, we soon ordered the tasting menu and shared a wine pairing. 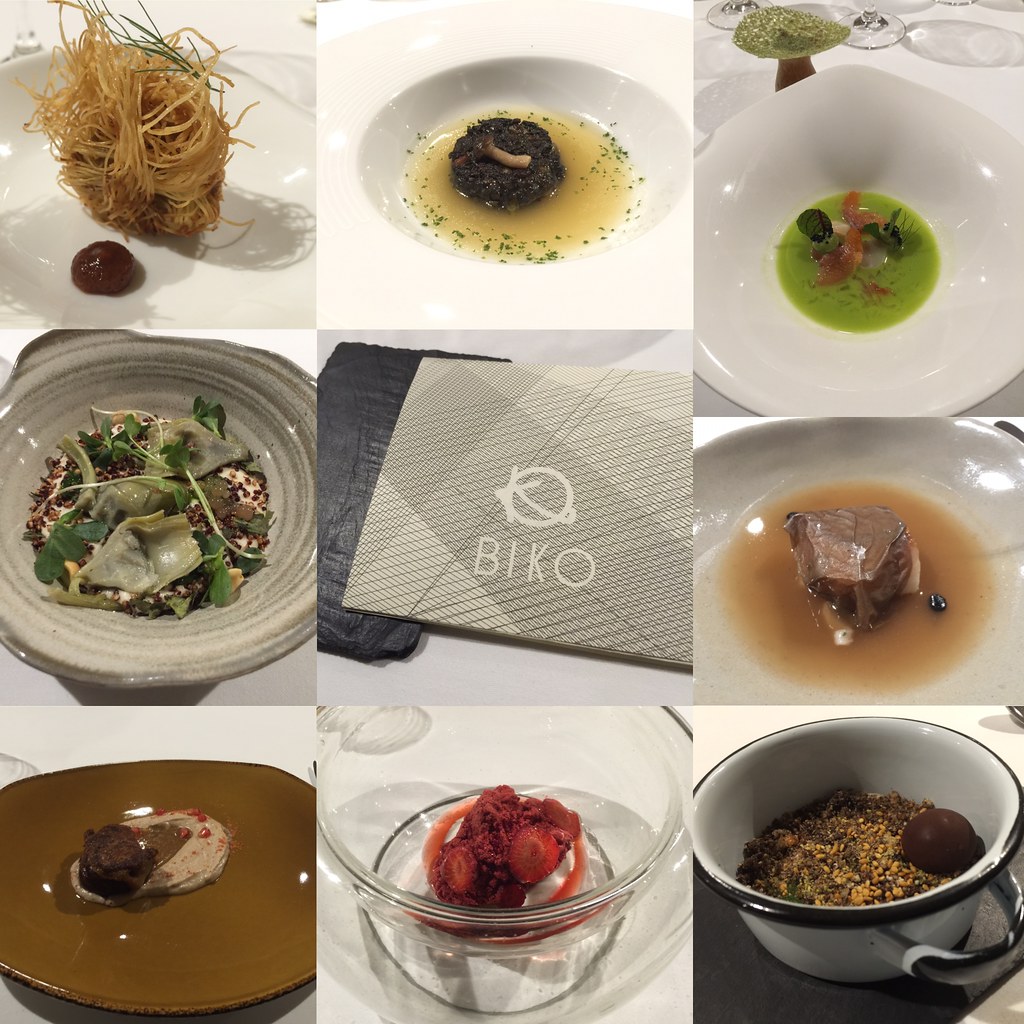 It was a really big meal.

For our first real day in Mexico City, we tried our best to take advantage of all it had to offer! We rode Ecobicis to the Eat Mexico tour (Comidas & Calaveritas at Mercado Jamaica). Unfortunately for us, we showed up a little late because we didn’t realize how long it would take to get there. It was a good thing we picked up SIM cards the night before, so we could get in touch with our guide on our way to the meeting point.

The tour started with a juice, and once we arrived at Mercado Jamaica, face stuffing begins. Tlacoyos with huitlacoche (aka corn fungus), tamales, champurrado/atole, quesadillas with squash blossoms, huaraches… All the while, we learned about preparations for Dia de los Muertos. The flowers, altars, paper cut-outs and more. 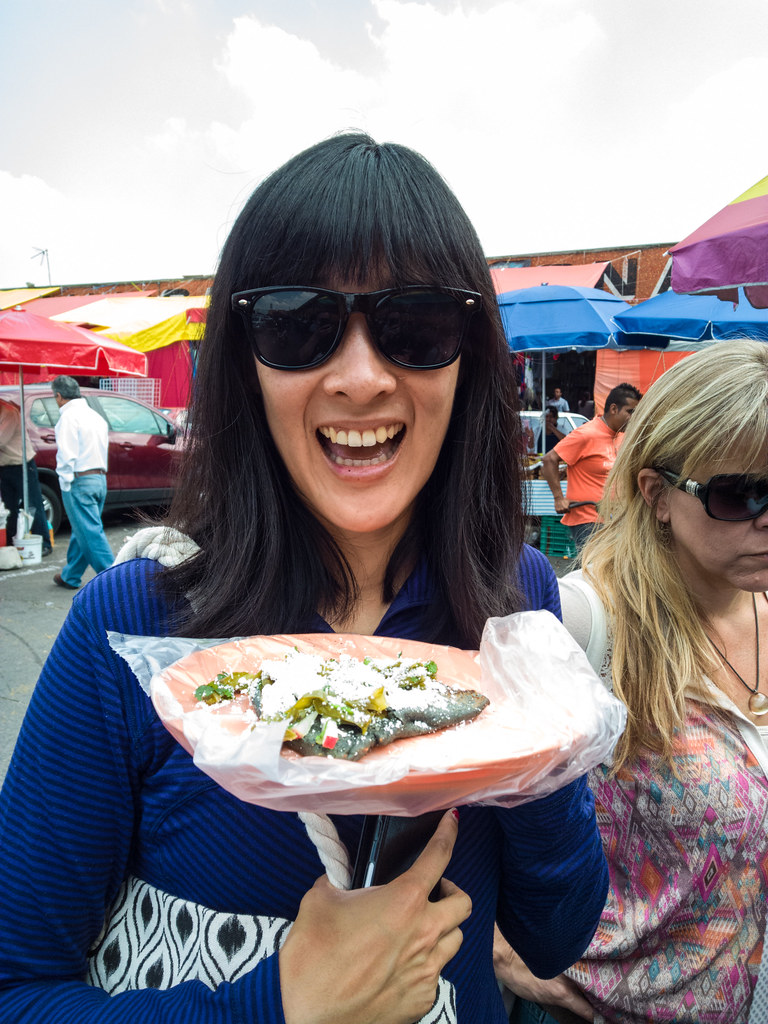 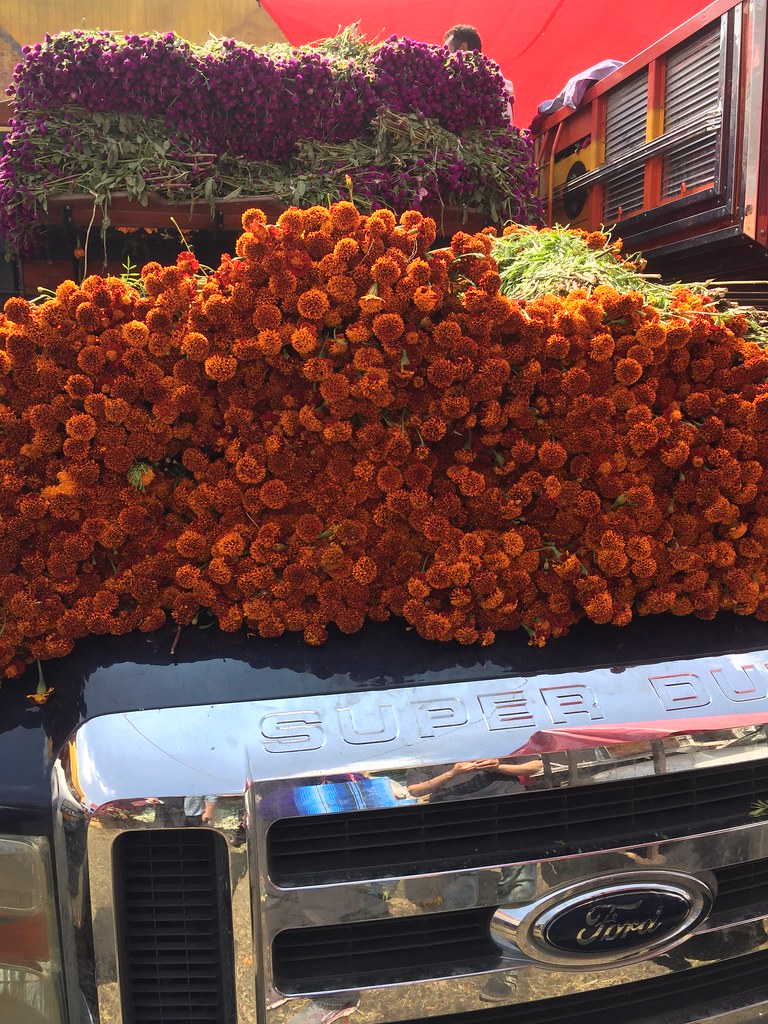 So much food and fun on this tour! Afterward, we hopped on the subway back to our Airbnb.

AFTERNOON: We hung out with our Airbnb hosts and their friends because they were having a birthday BBQ! It was a chance to mingle, eat delicious foods, drink beer, and chit chat with the locals. And also take a blurry selfie. This is the only photo of us with one of our amazing Airbnb hosts! 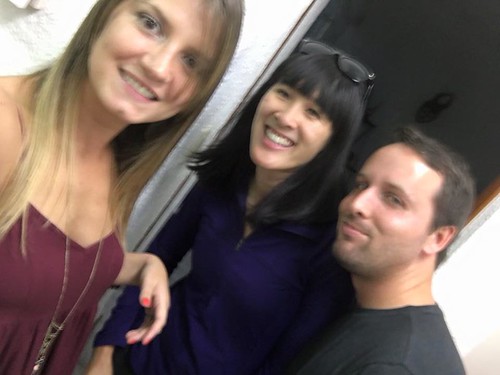 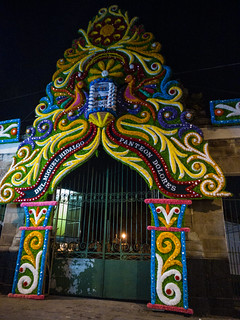 EVENING: A few hours in, and it was time to take a break from the party to check out some Dia de los Muertos festivities! We grabbed an Uber for Panteón Civil de Dolores, the largest cemetery in Mexico.

After telling our Uber that we were absolutely sure we wanted to be dropped off at the perimeter of the cemetery, we admitted that we were wrong. There’s nobody in sight, and it was super dark out. Turns out the cemetary was CLOSED. We had gotten there too late, and festivities had ended by 9pm!

Our ATM situation was still a situation. We finally gave in and called our bank via Skype because there’s no way every single ATM in Mexico City would not work with my card. Thankfully after verifying my identification and making several more trips to the ATM, the card finally works, which means we’ll have cash to pay our guide in the morning! phew