Happy St. Patrick’s weekend! For this week’s Saturday Swig, we hopped on over to The Ice Cream Bar in San Francisco’s Cole Valley neighborhood. For the weekend (March 14 to March 17), they have a special St. Paddy’s menu! In addition to a special ice cream flavor (Guinness Brown Bread), the menu includes: 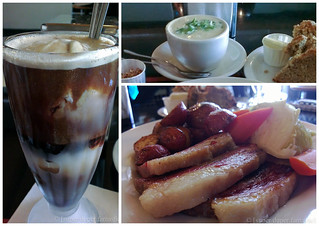 A little over a year old, it’s no ordinary ice cream shop. The Ice Cream Bar is a soda fountain and ice cream parlor inspired by the soda fountains of the 1930s. Open daily from noon to 10pm, it serves up an ever-changing selection of ice cream and some creative fountain drinks made of homemade extracts, as well as a few savory items. With all the tinctures on the wall and lined up along the counter, it feels like you’re waiting for an apothecary’s concoction. 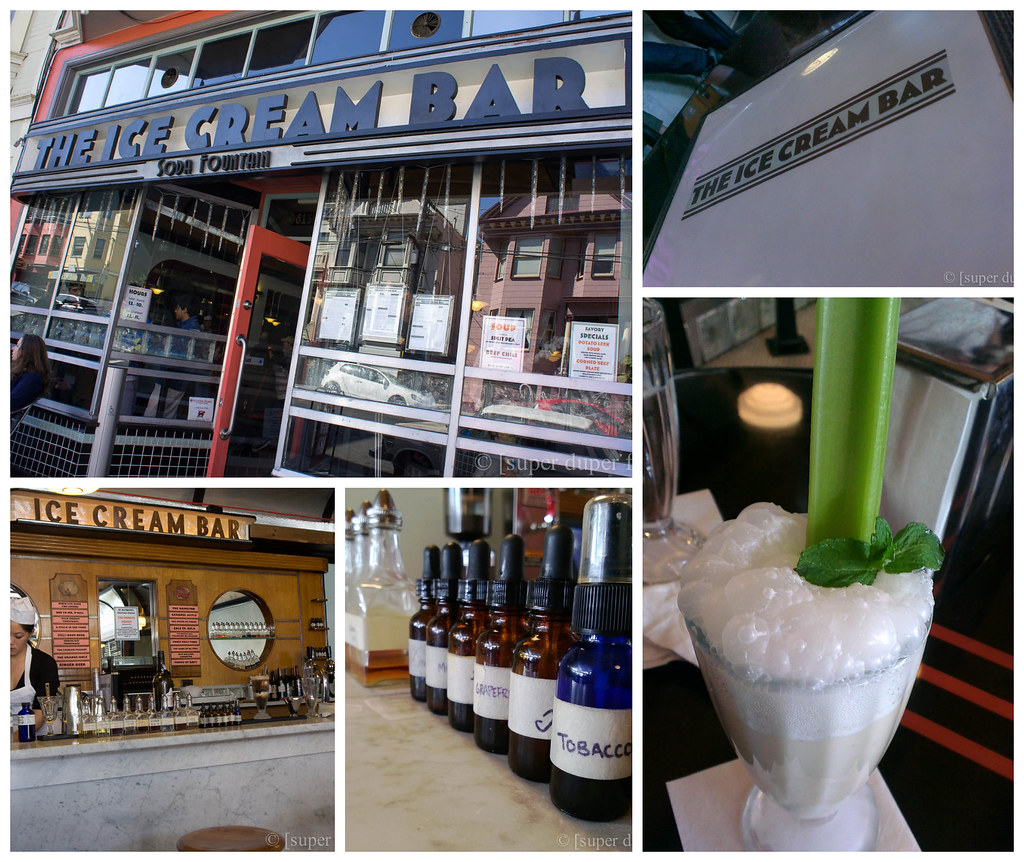 Last summer, The Ice Cream Bar’s root beer float was included in Eater SF’s list of San Francisco’s 19 Most Iconic Drinks. Having tried the root beer float on a prior visit, I decided to try something else on the menu that sounded interesting - A Stalk in the Park (celery seed extract, fountain syrup, cream, lactart, soda, celery stalk, and fresh mint). The combination of lactart, soda, cream and mint gave it almost a kumquat flavor. Very unique and delicious!

If parking in the neighborhood was a lot easier and if I wasn’t saving up for our Copenhagen trip, you would find me at The Ice Cream Bar often. With the variety of drinks, I could probably do a Saturday Swig here week after week. It’s the kind of place you wouldn’t mind turning into your local watering hole. They’ve got a great space, delicious food and desserts, and if you’re up for it, boozy desserts!