For being only 30 days, November felt like a very long month. Must have been the FIVE weekends! And of course, each one was packed.

The most memorable part of November 2019 would have to be my sister’s wedding. It was the first weekend of the month, so we really started the month off strong. Earlier in the year, she had asked if I would officiate, and even though I have a MAJOR fear of public speaking, I said yes. I only have one sister - I had to do it! My procrastination kicked in and even though I knew what I had to do for almost the year, it wasn’t until a few weeks before that I had finalized what I would be saying.

When the big day came, surprisingly, I didn’t mess up too terribly! While getting emotional was inevitable, it didn’t stop me. Thank goodness! An Alexa mishap at the very beginning also helped break the ice and dam up the barrage of tears that were sure to flow. We made it through the ceremony, and all was good. It was SO fun, and the whole wedding was SO them. Their pup Muffin was the flower dog! 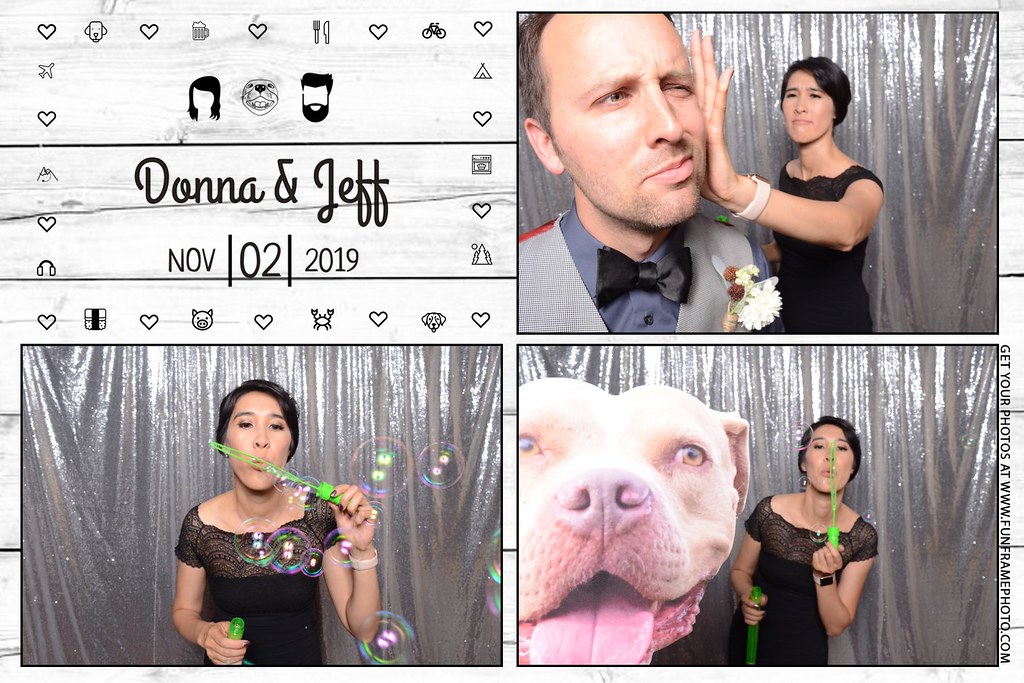 Over the second weekend of the month, Ryan and I drove down to the Central Valley to visit our friends, Lori and Dan. They were hosting a Friendsgiving, which was a fun little getaway with good food and good company. We will be seeing them again on the Central Coast in December, so looking forward to that.

Even before we got to the third weekend of November, Ryan and I had already made a quick trip down to LA for a Moonlight Magic event in Disney California Adventure Park. It’s a free event for Disney Vacation Club members, which we joined last year - more on that another time. We boarded a flight early Thursday morning, worked remotely and then had some Disney fun in the evening. Friday morning, we were back on a flight back to the Bay Area and off to work. We had dinner with friends that Saturday and then most of Sunday was low-key with family time. My parents were about to go on a 15-day cruise, so we took the opportunity before their trip to see them.

Big Company that everyone seems to work for…

The following week was a big conference week at work. I worked a few shifts during the conference and caught up with some friends throughout. One was a classmate from my year abroad in Japan whom I hadn’t seen in over a decade. He just happens to work for the same company but in Japan. Another was a friend who works for a customer. He happens to share my birthday, so we have memories of celebrating together back in the day. A few others were from my prior blogging days who also happen to now work for the same company. It felt really nice to take a break from the office and reconnect with them in a non-work context, even though we were surrounded by work.

After that was Thanksgiving week, so work was a little bit frenzied, but also a little bit slow. On Thursday, we swung by for a family gathering mid-day and then hosted a small get-together at home in the evening. The food at both was PHENOMENAL, and I’m not even exaggerating. The rest of the weekend, we volunteered, went to the eye doctor to use our benefits before the end of the year and ate a lot of leftovers.

Goodness, that was a mouthful, and now it’s December. I’m pretty sure I wrote this after reading everyone else’s November posts, but I’d love to hear your thoughts in the comments anyway.

Any surprises over the five weekends of November? What are you looking forward to now that it’s the LAST MONTH of the decade?